TCAT Dickson’s main campus has implemented a Red Nose Society, which is the brainchild of Terry “Doc” Smith, Digital Graphic Design Associate Instructor. The idea for the society came about as an offshoot of the annual National Red Nose Day (NRN) run by Comic Relief, Inc. a U.S. public charity. NRN Day is a fundraiser to help stop childhood poverty. So, Doc thought he would kill two birds with one stone.

“We have been trying to enhance school spirit. We’ve tried designing school tee shirts. Nothing. We tried pennant-shaped bumper stickers, nothing. Then I came up with this idea,” says Doc. And it has been a bit challenging until recently. So, Doc asked his DGD students to each find students in other programs, faculty members, and administrators who they caught showing school spirit or just doing something nice for someone else and induct them into the society. There was some hesitation by some folks who just couldn’t wear the red nose. But Doc had that covered too, he purchased Ren Nose lapel pins.

“A big membership increase came when I asked one of my students, Sharlene, to go and photograph the Red Nose Society members who had not been available for the group photo. She came back after a short time and said other students wanted to join. So, I gave her my bag of noses and sent her off again. Entire classes joined the effort. Of course, most of the credit goes to Sharlene because of her fun nature, the fact that people love to get their photos taken, and the red nose she was wearing,” said Doc.

To date, several staff, faculty and students have been inducted into the society. As Doc says, “It’s breaking the bank, but it’s all been worth it.” He goes on to say that because to date he has spent $150.00 on noses and pins. Please do not tell his wife, Kathy.

“Our crowning glory came about a week ago when we inducted our President, Dr. Arrita Summers. Initially, I offered her a red nose lapel pin with the idea that the nose would be a bit much for a president to wear. Wrong! She wanted the nose and pin. I’ve seen her wearing her pin several times around school,” said Doc.

The Red Nose Society has a group photo taken once each trimester. A collage of Red Nose Society photos can be viewed in the hallway across from the student break room. At the rate the society is growing, the next one photo will require a wide-angle lens. 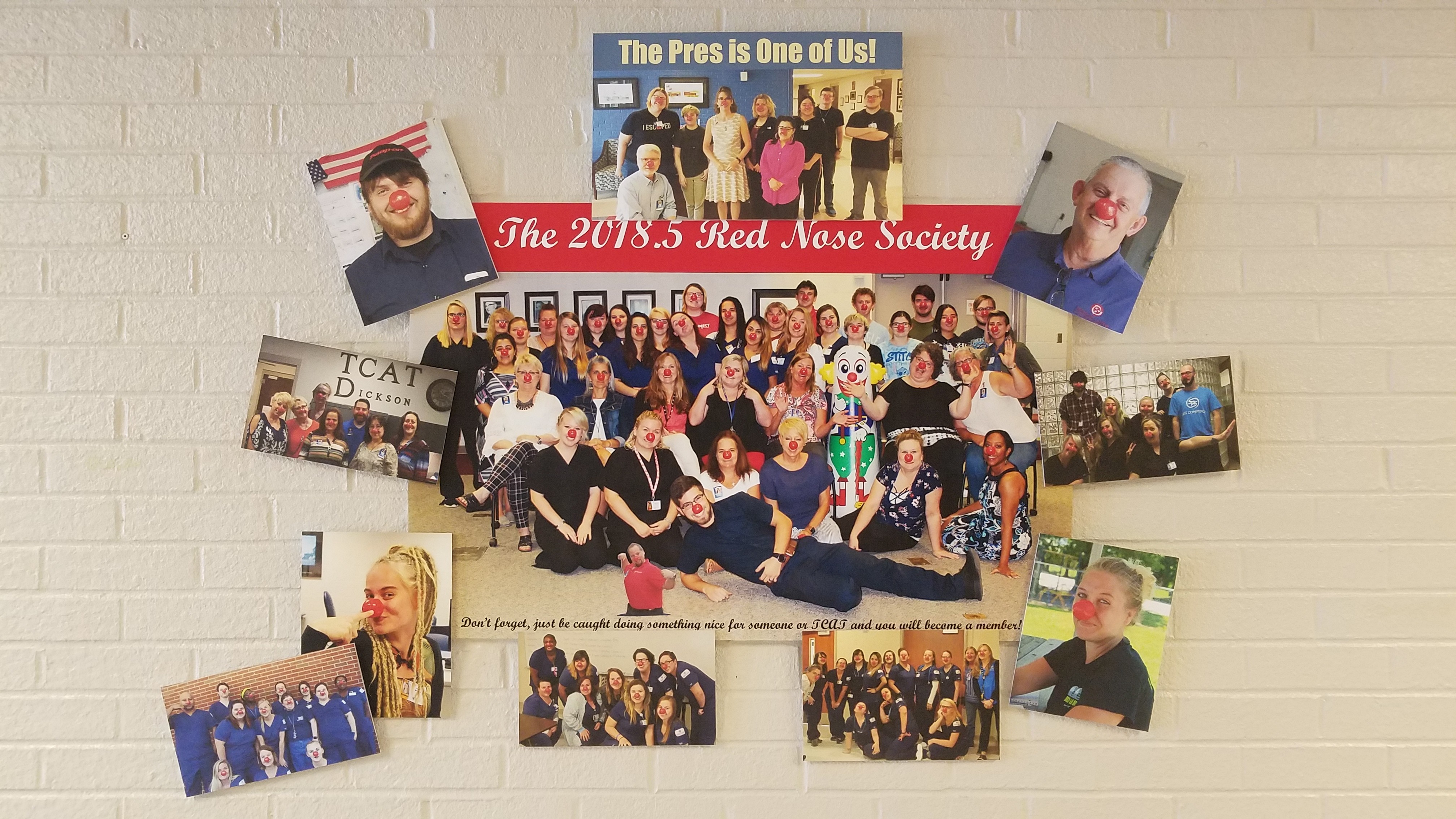